Dumitru Alaiba is Program Director at CPR Moldova, an NGO launched in Chişinău, and former Head of the Moldovan Prime Minister‘s Economic Council Secretariat (2013-16) – an initiative supported by the European Bank for Reconstruction and Development. The interview was conducted by Kamil Całus (OSW).

We are approaching the tenth anniversary of the Eastern Partnership (EaP) initiative. How would you assess these ten years for Moldova?

It is a good initiative, despite its criticism. The EaP was the instrument that intensified the dialogue between the EU and Moldova. In the end, it brought the Moldovan people tangible benefits, such as the right to travel freely to the EU, thanks to visa liberalization – something unimaginable a decade ago. The Association Agreement (AA) and DCFTA are a major opportunity to transform our country and bring it closer to EU standards. We saw progress in the reforms when the authorities were striving to achieve certain benchmarks like the AA or visa liberalization, when they felt the pressure. But now we are witnessing a roll-back. As long as the politicians had these incentives, they had to ‘behave’, or to at least ‘tick all the boxes’, if not do reforms in reality. They never wanted true reform, but were careful to at least keep the appearance of their pro-Western and pro-European orientation. Now, when Moldova already has these ‘carrots’, the elites simply revert to their old ways, because they believe that what was obtained is actually irreversible. I would say that we have missed a good moment to push harder and the ‘positive pressure’ on these countries is now lacking. Today we are again (as back in 2000’s) at the point where society is infected with fear, and attacks on civil society happen more and more often. Its members are being persecuted and denigrated. This is not because of the EaP, this is in spite of it.

Even just five years ago, the EaP looked much more optimistic than now. There were a lot of expectations, hopes and praises; there were a lot of positive assessments of the reform process the EaP was promoting. Moldova was considered to be the pioneer, the frontrunner, a country which, among other states in the region – had “the highest mark for deep and sustainable democracy” (EaP index 2013). Today, in 2018, it’s impossible to even imagine someone saying something similar to this about Moldova. Our country failed to live up to the expectations and hopes that were put on it. Authorities are trying to mimic the success, but it’s simply not there. We are making huge steps backwards.

What, in your opinion, is the key reason for this situation?

Corruption. Everything leads to this one problem. It is, first of all, political corruption that we must blame for the stagnation of our country – when the elected simply do not do their job, because they are busy maintaining and advancing their private interests. We can speak about corruption as the main impediment to our economic development. We can also see how it causes the rise of inequality and social tension. Corruption eats up the population’s disposable income through exaggerated prices and tariffs, keeping the people poor. Corruption is the reason why our court system is broken. Corruption exacerbates the security threats Moldova faces. The financial crimes that took place in Moldova in 2014 were a major security threat caused by high-level corruption. Today, with the recent invalidation of a democratic vote on Chișinău‘s mayor by court decree, we must speak about corruption as a clear impediment to the functioning of the democratic institutions, and democracy in general.

So the EaP has failed to address the corruption in Moldova? Is this the fault of the programme itself?

I will be frank. While the biggest part of responsibility for this situation is ours, a part of responsibility should be accepted by Brussels for not being tougher on corruption, human rights infringement, and destruction of democratic institutions. For example, for ten years we knew very well that the National Bank of Moldova is captured and politically controlled. Same goes for the Prosecutor’s Office or National Anticorruption Center or the court system. We witnessed a number of ‘reforms’ of these institutions, staff was changed, and the heads of institutions were replaced a few times. This hasn’t changed the situation, and yet most outside of Moldova really wanted to believe that maybe it will work this time. The high degree of tolerance and acceptance of backsliding, one after another, is what brought us here. But you cannot really blame the EU. People really wanted to believe…

And the other part?

The other part of the blame is definitely on the Moldovan society. The administration and law enforcement malfunctioned, the political opposition failed to apply enough pressure, mass media was, and is, conveniently politicized, while independent parts of civil society were too modest in their action to mobilize public pressure. Unfortunately, we have to admit that the traditional NGOs could have done better. They are very good at writing papers, making PowerPoint presentations, infographs, and reports, but not effectively promoting the values that they hold dear, actually reaching out to the people, campaigning openly, or protesting, if necessary. Too many are hiding behind neutrality and so-called constructiveness. As an NGO, you are supposed to stick to your values and fight for them if you have to, raising awareness in and outside of your country.

This is basically how I explain to myself how Moldova got to where it is today. Bad people acted and succeeded and good people failed. It was a slow process marked with a lot of denial of reality both inside and outside the country. Lately, it has dangerously accelerated…

What could be a new source of this ‘positive pressure’ you’ve mentioned? What could replace the old incentives?

We must create more pressure from inside, and we need help in doing that. And when it comes to the external partners it would be important they understand they should support the active part of civil society, which is ready to promote their values, and they should stand in their defense if necessary. Fortunately, the EU has already realized that there is a need to support these internal drivers of change. Lots of funds are being mobilized to support the free media and civil society, and that’s good. New types of organizations and initiative groups are starting to appear. What we need now is to accelerate the social pressure to a maximum, for we don’t have much time. With every extra day this system survives, it becomes more resilient.

How can the EaP be adjusted to address the needs of the region better?

There are advantages of seeing all countries grouped together in the EaP. Together, we stand a bigger chance of keeping the EaP high on the EU’s political agenda, while alone, we would be much less relevant. But, on the other hand, all the participating countries are different and it’s really hard to come up with one common agenda for all of them. It looks a bit like a group of countries that are kept together by western partners not because of the clear intention to help them develop and reform, slowly converging to the same set of values, but in order to keep them relatively stable, relatively quiet, and prevent them from causing any significant problems. We, who live in these countries, are not happy with this perspective. We want more. The main question – where we are going – has not been answered clearly and unequivocally. We want to know we are heading towards the values we aspire to – EU values. We must be told the door will open when we knock.

But, in this context, what about membership perspective for joining the EU?

We had ten years to prove we deserved membership perspective. If we acted, we would have succeeded. But we didn’t. Membership perspective for Moldova is now not on the table, first of all, because our government failed to deliver. Because of this government, and the previous, and the one before, and so on, Moldova has not deserved this perspective. External factors may vary, but we can only blame external factors when we know we did all that was in our power. Now, I think we should expect what is realistic. A European perspective for a country like Moldova, in which democracy is in decline, human rights and fundamental freedoms are under big threat, while corruption in full swing, would not be serious. The government turned away from the core European values, and we basically deprived our advocates in Brussels of any argument that would allow them to even raise this question. Of course I want my country to be in the EU. But at the same time I want it to be a very natural, organic process of transforming our society. On a positive note, I am hopeful that soon we will have the right to dream about an EU membership perspective.

I don’t think Brussels has too much to do with the EU’s popularity in Moldova today, and especially not ten years ago. There is significant improvement in the way that Brussels is promoting the EU and its values. The EU is not using its own propaganda, but resorts to facts and figures, which is always more difficult. I think that there is a different explanation for these popularity polls. First of all, in 2009 we had a different government – a de facto authoritarian regime, but nominally pro-European. Although the progressive part of the population was against it, that government was enjoying true support of around 50% of the population. While promoting EU integration (despite lack of real intentions to conduct reforms), it was indeed popular at the same time. Today’s government also represents a de facto authoritarian regime, nominally pro-European, but is deeply unpopular, even illegitimate. Ten years ago, the EU’s popularity was thanks to, and today it is in spite of, the politicians in government who promote it. This is how I explain this deviation to myself. I honestly could not say which one is better.

Another thing is of course Russia, which back in 2009 was not that aggressive in attacking EU values and the EU’s popularity in EaP countries and promoting their idea of the ‘Russian World’ (Russkii Mir). But I always like to look first at the problems inside the country rather than blaming it all on external factors, while ignoring what we could have done ourselves. 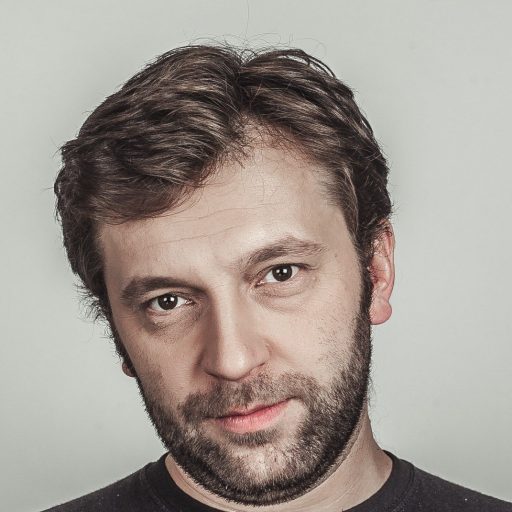